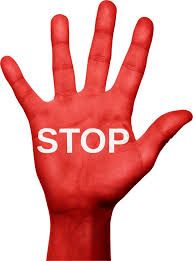 In lieu of the recent Padmavati controversy, groups have been threatening to chop off Deepika Padukone’s nose.  They have been calling her a “cheap” woman who dances for money and what not.  Vidya Balan despite being an actress par excellence has been questioned about her weight, made fun of, has been given unmentionable adjectives in social media by some unscrupulous men.  Kangna Ranaut was also not spared when she spoke her mind.  Ace sportsperson like Sania Mirza, Mithali Raj who have done India proud have been trolled and shamed because of what they wore!

These are only examples of few female celebrities who despite their achievements have been shamed.  Why is it that women, be it celebrities or a common one, are easily targeted and slut shamed or body shamed?  Do we see men being shamed so much?  When there is a bold scene in a movie, I have always seen the actress being shamed and not the actor.  Why?

This is because the thought process of our society is such.  Times are changing, women are reaching greater heights, speaking their mind and the more they are achieving and speaking up the more they are shamed!  A set of people in the society still believe that women should “behave” in the conventionally docile and submissive manner.  They should be in their “limits.”

Society in general wants a girl to behave and dress up in a certain fashion. If any untoward incident happens, fingers are always pointed towards the girl.  Well..”boys will be boys” logic should be thrown out of the window now! High time..

The fact that these celebrities give it back angers such sect of people even more.  How dare a woman retaliate or not get affected?  Haven’t we seen women being given rape threats?  Why is that acid attack, domestic violence, sexual violence victims are 95% times women?

Stop shaming the women!  If you have guts come and have a conversation with them like a civilized society.

Posted in WomenTagged shamed, trolled, why, WomenLeave a comment